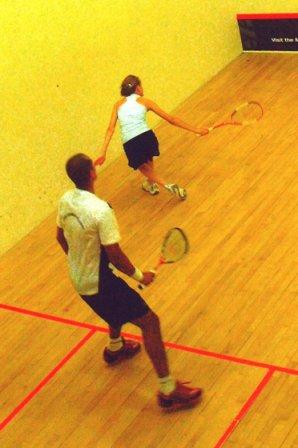 Sunday 11th June
Joey and Wael had agreed to give some court time to the Redwood Juniors and to demonstrate what level can be achieved by hard work.
The event was attended by 20 junior players. Joey and Wael split the group and gave each junior a one to one 9 point game. The last game Wael played Dan West and Joey played Ben Harding. Both players worked hard but were outclassed by the pro’s. 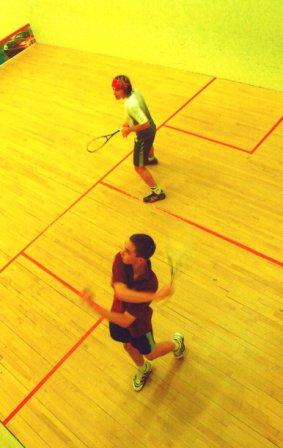 The exhibition match was a best of three games, American scoring to 11 points. This was a great game of “impossible” shots, eventually being won by Wael 2-1.
This match demonstrated to our junior players what is possible on a squash court. It also achieved what the Junior Committee had hoped, -  a renewed interest in the game and more determined junior players.
Many thanks to Joey and Wael who gave our juniors a great afternoon’s entertainment and we wish them both success in their professional careers.